We recently caught up with former Attorney General Alberto Gonzales, who’s now a law school dean in Tennessee, to make sure he doesn’t have any plans to travel to Russia. Because he’s been banned. 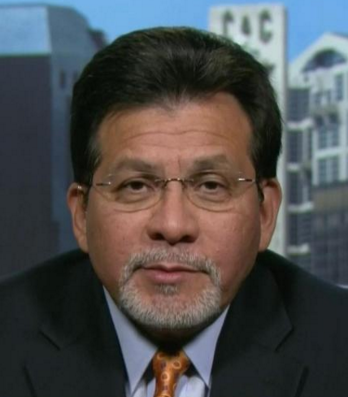 In its latest act of retaliation for the U.S. government’s Magnitsky List, Russia has barred Gonzales and four other former George W. Bush administration officials from entering the country.

Also not going to Moscow anytime soon is Jay Bybee, the former Assistant Attorney General who helped write the legal justifications for Bush-era torture policies. Bybee’s now a judge on the U.S. Court of Appeals for the Ninth Circuit.

Reached by phone Wednesday, Gonzales laughed when told the news.

The Magnitsky List is named for Sergei Magnitsky, a Russian accountant for investment firm Hermitage Capital Management who died in a Moscow prison in 2009 after investigating a tax fraud. The U.S. enacted legislation in 2012 to sanction Russians found to be associated with Magnitsky’s death.

Since then, the U.S. has added 39 Russians to the list, meaning any U.S. assets they hold are frozen, in addition to the visa ban.

The latest U.S. action came in a Feb. 1 notification from the U.S. Treasury Department that added five new Russians to the list. 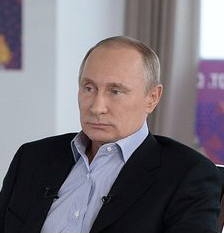 “If they’re really serious they would have gone after different people,” Gonzales said of Russia’s travel ban actions. Referring to the Bush-era torture policies, he added: “The Attorney General was John Ashcroft when these techniques were approved. Even the current FBI director Jim Comey signed off on this.” Comey was Deputy Attorney General in the Bush administration. He later disavowed waterboarding and other brutal interrogation methods.

Gonzales resigned as the nation’s top law enforcement officer in 2007 amid a congressional investigation into the politically motivated firings of various U.S. Attorneys around the country. He’s now the dean of the Belmont University College of Law in Nashville.

He said in the brief interview he’s not involved in politics anymore, though when we Googled around, we found mention of him in the local events listing page of the Herald News of Dayton, Tenn.

Sandwiched between blurbs about youth baseball signups and a beekeeping course offered at a church was an announcement that Gonzales would speak at an annual Reagan Day Dinner at a local high school.

“It has no effect on my life,” Gonzales said of the Russian travel prohibition. He confirmed he has no plans to go to Russia. “Of course this is all just show.”