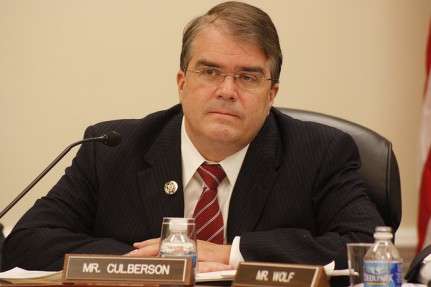 Rep. John Culberson, chairman of the House Appropriations subcommittee that overseas the Justice Department’s budget, expressed his “sincere gratitude” at a hearing today to Lynch, who in response to Culberson’s questioning announced a revised approach to so-called “sanctuary” cities.

The Texas Republican had written a letter to Lynch on Feb. 1, vowing to force the Obama administration to strip grant money from localities that refuse to cooperate with immigration agents. Culberson said he wanted Lynch to certify that local jurisdictions applying for Byrne Justice Assistance Grants, the community-oriented police office assistance program and the State Criminal Alien Assistance Program (SCAAP) comply with all federal laws.

The lawmaker also threatened to restrict Lynch from re-programming money within her 2017 budget to different Justice Department programs. 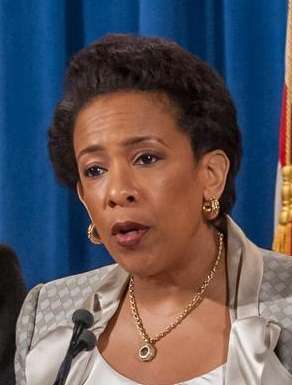 In testimony today before Culberson’s Commerce, Justice, science and related agencies subcommittee, Lynch said she has instructed the Bureau of Prisons to honor detainer requests from Immigration and Customs Enforcement (ICE) over requests from state and local officials when releasing federal prisoners who could be subject to deportation proceedings.

The change means that instead of the Bureau of Prisons deferring to state or local entities that may want to prosecute an inmate on their own charges, “ICE will have the ability to step in an enforce their detainer first,” Lynch said.

“Particularly where we are dealing with a jurisdiction that is not prone to honoring ICE detainers …. our policy is going to be that ICE will instead have the first detainer,” which would lead to deportation proceedings, Lynch said.

She cautioned that the policy “may mean some local cases can’t be prosecuted,” but said in such instances, the department will discuss with the local jurisdiction ways it can still pursue its own charges against an individual. “We’d also have to have assurances that ICE will get the individual back” for deportation after any state or local prosecution, Lynch added.

Regarding the grants issue, Culberson thanked Lynch for replying promptly to his Feb. 1 letter. Her reply said the Justice Department could seek criminal or civil enforcement against a local entity if the department receives a “credible allegation” that the organization had received federal grant money after falsely certifying it was in compliance with federal law.

“If you expect to receive federal money, comply with federal law,” Culberson said. “Could you assure the committee that the department of justice will review such grantees?”

Said Lynch: “Certainly that is a part of our grant review process,” but she emphasized that the Bureau of Prisons directive on honoring ICE detainers would have a more immediate impact.

Said Culberson: “I genuinely appreciate that and I think it’s an example of the cooperative relationship this committee has had with the Department of Justice and with you as the new Attorney General. I express my sincere gratitude to you for this new policy.”

Rep. Hal Rogers (R-Ky.), chairman of the full House Appropriations Committee, pressed Lynch. “Will you seek to stop the grants?”

Lynch suggested that only grants tied to the specific areas where the local jurisdiction has ignored the federal law will be reviewed.

“If the grant is tied to the applicable law — again it has to be a connection between the issue and the grant. For example, a grant for human trafficking would be different from a grant for community policing,” Lynch said.

“It is in response to the discussions…we have had with the chairman here and other members,” Lynch said.

Rogers called her response “encouraging” but asked that the department provide quarterly reports to the committee on the grants review. “I’d like to know that it’s working,” Rogers said.

“We’re happy to work with you and your staff to provide you the information,” Lynch said.