The former U.S. Attorney in the Eastern District of New York will help lead the transition team for New York’s Attorney General-elect Eric Schneiderman, the soon-to-be AG said in a news release.

Zachary W. Carter, who served as U.S. Attorney from 1993 until 1999 and is now a partner at Dorsey & Whitney LLP, is one of three honorary co-chairs who will help recruit candidates to the state Attorney General’s office. The other co-chairs are former New York Attorney General Robert Abrams and Westchester County District Attorney Janet DiFiore. Harlan Levy, a white collar expert and partner at Boies Schiller & Flexner, will lead the transition effort.

“This office confronts an extraordinarily broad array of challenges, ranging from ensuring the integrity of our financial markets to protecting public health. We will do our best to identify attorneys with the diverse skills, experiences and backgrounds necessary to match those challenges,” Carter said in a statement released by Schneiderman’s team. - LN

Lowe spent more than 12 years working as a congressional staff, including two years as top staffer to Murkowski and four as chief for Stevens.

He was previously the president of Lowe Strategies LLC, a lobbying group that represents Fortune 500 companies, small businesses and foreign governments.

At Brown Rudnick, Lowe will serve as a principal in the firm’s Government Law & Strategies Group. - Daniel Hoffman

Janet Kamerman, a 21-year veteran of the FBI, has been named the Executive Assistant Director of the bureau’s human resources branch, the FBI said in a release.

Kamerman previously served as the associate executive assistant director in human resources. She joined the FBI in 1989 and has worked as a special agent in Houston, Honolulu, the Washington Field Office and FBI headquarters.

Before joining the bureau, Kamerman served as a military police officer in the U.S. Army. - LN

END_OF_DOCUMENT_TOKEN_TO_BE_REPLACED

Dexter Lehtinen, who led the Miami-based U.S. Attorney’s office from 1988 to 1992, will handle environmental and white-collar crime cases as a partner at the law firm. He is married to Rep. Ileana Ros-Lehtinen (R-Fla.)

Full release after the jump. — AR

END_OF_DOCUMENT_TOKEN_TO_BE_REPLACED 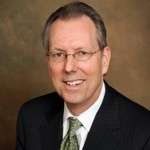 A. Brian Albritton, former Middle District of Florida U.S. Attorney, has joined Phelps Dunbar as a partner in the Tampa office, the firm said in a release.

Albritton served as the top prosecutor from 2008 until last month when his successor, Robert O’Neill, was sworn in. Before joining the U.S. Attorney’s office, he was a partner at Holland & Knight.

Full release after the jump - LN

END_OF_DOCUMENT_TOKEN_TO_BE_REPLACED

Francis Hoang, a former Assistant United States Attorney for the Eastern District of Virginia, joined the law firm Fluet Huber + Hoang PLLC as a name partner, the firm said in a release Tuesday.

END_OF_DOCUMENT_TOKEN_TO_BE_REPLACED

Zucker, who has worked at Patton Boggs LLP for the past five years, has counseled companies in the defense sector, the intelligence community and the high-tech industry. She handled bid protests, contract disputes and claims, government investigations, mergers and acquisitions and federal marketplace opportunities.

Before moving to private practice, Zucker served as a prosecutor and criminal defense attorney for the U.S. Army Judge Advocate General’s Corps. She also was a trial attorney in the Army’s Contract Appeals Division. Zucker is now a Lieutenant Colonel in the U.S. Army Reserve and a law professor in the Contract and Fiscal Law Department at the JAG’s Legal Center and School, in Charlottesville, Va. - Daniel Hoffman

MacBride also named Gerard Mene as the Affirmative Civil Enforcement (ACE) supervisor for the Alexandria Division. The ACE unit is responsible for recovering government money lost to fraud. Mene joined the DOJ in 1985 and spent 10 years as a trial attorney in the Tax Division. In 1995, he moved the U.S. Attorney’s office. He has handled civil matters related to health care fraud since 2008.

Anna Cross and Julie Edelstein will also join the U.S. Attorney’s office, handling civil litigation out of the Alexandria Division.

Full release after the jump. - LN