Senate Republicans have used a procedural tool to delay the HELP Committee from voting on the Labor nominee.

Senators called for a greater law-enforcement focus on cyber crime during a hearing of the Senate Judiciary subcommittee on crime and terrorism Wednesday.

Senate Republicans have used a procedural tool to delay the Health, Education, Labor and Pensions Committee from voting on the Labor nominee.

Ignacia Moreno plans to step down next month to spend more time with her family.

Two employees at Direct Access Partners LLC and an executive from a state-owned bank in Venezuela were arrested last Friday in Miami on Foreign Corrupt Practices Act and other charges.

David Fein’s top deputy will replace him as U.S. Attorney in Connecticut when Fein departs next week for the private sector.

Cybersecurity Officials: A Guide to Who’s Who

A crop of tech-savvy government officials has taken on new prominence in the race to update the nation’s cyber defenses.

The federal investigation of Utah Attorney General John Swallow will be handled out of Washington after the U.S. attorney for Utah announced Monday he is recusing his office from the probe.

The organization, which represents more than 12,000 active duty and retired agents, heaped praise on Rogers, a retired FBI agent who left the bureau in 1995 to begin his political career.

At a press conference announcing the veteran politician’s arrest, Eastern District of New York U.S. Attorney Loretta Lynch revealed the disturbing allegations that John Sampson had a Justice Department mole in her office to keep tabs on the criminal probe into his activities.

The former Deputy Assistant Attorney General, who stepped down over the botched gun-walking investigation, has joined the firm’s Criminal Defense and Privacy & Data Security practices.

Republican lawmakers ramp up inquiry into the Labor nominee’s involvement in controversial case the day before his scheduled committee vote.

Under fire for pursuing Internet activist Aaron Swartz, she is called “perfect” for the investigation of the Marathon bombing.

David Bergers, the Securities and Exchange Commission’s acting deputy chief of enforcement, is leaving the agency.

Three Romanian nationals were extradited in March to face charges of defrauding customers of PayPal, eBay and other e-commerce sites.

Kansas stands behind a new statute that exempts the state from federal gun regulations, Gov. Sam Brownback told Attorney General Eric Holder, suggesting a potential legal battle over the constitutionality of the measure.

Michael Sullivan lost a three-way primary in a special election for the seat previously held by Secretary of State John Kerry.

David Fein said he will leave three years into his four-year term to pursue a job in the private sector.

The president discussed a wide range of issues, including his reiterated pledge to close Guantanamo Bay, during a press conference this morning marking the first 100 days of his second term.

The president reiterated a past quip about the Attorney General during this year’s White House Correspondent’s Dinner.

Payouts go to victims of Enron, Qwest Communications and other major accounting fraud cases of the last decade.

Three women and three men have been tapped to serve on the high-profile committee.

Damon Martinez has served as an Assistant U.S. Attorney since 2001.

DOJ Asks Courts to Side With Executive Branch on Recess Appointments, Fast and Furious Case

The “third branch” is involved in disputes of constitutional importance between the White House and Congress.

The government ethics agency launched an inquiry into whether Minnesota U.S. Attorney B. Todd Jones retaliated against a subordinate, an issue complicating his nomination as ATF director.

Former FBI senior cybersecurity adviser Paul Tiao is leaving his post at the agency to join the privacy and data-security practice group at Hunton & Williams.

Department of Justice Will Not Furlough Employees

Attorney General Eric Holder said the department has transfered and allocated existing funding to avoid all furloughs scheduled to take effect this fiscal year due to the sequestration.

The Health, Education, Labor and Pensions Committee postponed the vote until May 8 following complaints from Republican lawmakers who have asked the Labor nominee to provide answers to more questions about his involvement in a disputed deal with the city of St. Paul, Minn.

Most Gun Dealers Not Inspected by Federal Authorities for More than Five Years, OIG Report Finds

But Sen. Tom Harkin (D-Iowa), chairman of the Health, Education, Labor and Pensions Committee, said the vote would take place on Thursday as planned.

The former chief of homeland security says the former FBI director was a hired gun.

The Enforcement Division duo replace Robert S. Khuzami, who stepped down in February.

Negotiating with the U.S. Department of Justice: Strategies for Optimal Results
- What it means when the DOJ is involved. - Do’s and Dont’s for corporate counsel and execut ... > Archives

The senator says the United States must stay engaged with the world and understand our enemies. 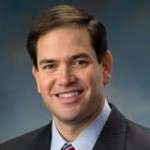 By The Wall Street Journal

The Struggle for Voting Rights

Commentary: Republicans must end resistance to full enforcement of the civil rights laws passed by Congress.

In Defense of Corporate Settlements 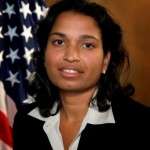 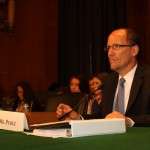 Congress must not let the NRA sway votes on firearm legislation.

No thanks. Higher salaries may be on the way for federal jurists, and SCOTUS didn’t have to do a thing. 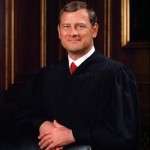 Mary Jacoby is the founder of Main Justice and Editor-in-Chief of Just Anti-Corruption.