Campbell, who spent more than 16 years at the Justice Department, is a partner in the litigation department of the firm’s New York office. He served as the interim leader of the Brooklyn-based U.S. Attorney’s office from October 2007 to May 2010, when U.S. Attorney Loretta Lynch took office. He then served as a supervisory Assistant U.S. Attorney in the office’s Criminal Division until his resignation in January. 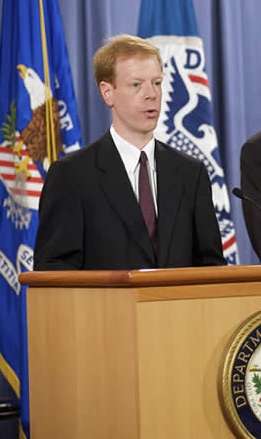 “Ben’s tenure at the helm of the Eastern District of New York was the capstone of a very successful career at the Department of Justice,” Peter Wald, global chairman of Latham & Watkins’ litigation department, said in a statement. “He prosecuted numerous cases of national significance. Ben’s credentials are first-rate and he’ll add more firepower to our accomplished white collar and government investigations group — which includes some of the brightest, most experienced talent in the US.”

Nicknamed “Dangerous Opie” for his resemblance to Ron Howard’s character in “The Andy Griffith Show,” Campbell was in the media spotlight for his office’s work on the 2009 New York subway bombing plot case against Najibullah Zazi. But Attorney General Eric Holder mistakenly said “Ben Wagner” was the U.S. Attorney on the case during a news conference at DOJ headquarters. (Wagner is the U.S. Attorney for the Eastern District of California.)

At the DOJ, Campbell also handled other high-profile issues, including the Enron case in the 2000s and prosecutions against two Bear Stearns traders, who were acquitted in 2009 of fraud charges.

The former interim U.S. Attorney was considering a move to the private sector for the last several months. But he told Main Justice last month that his time at the DOJ was “the single greatest experience of my professional career.”

“I looked at [Latham] very closely when I was in law school and thinking about becoming a summer associate, but wasn’t able to make everything work out,” Campbell told American Lawyer. “So it was nice to come back and see that the things I liked about the firm then were still present.”

Former interim U.S. Attorney Benton Campbell of the Eastern District of New York resigned Monday as a prosecutor in the office to join a national law firm in New York.

Campbell declined to identify the law firm in an interview with Main Justice. But the former leader of the Brooklyn U.S. Attorney’s office said he will start at the firm in February as a partner, handling mostly white-collar criminal matters.

He joined the U.S. Attorney’s office in 1994, rising to interim U.S. Attorney in October 2007. The prosecutor held that post until May 2010, when U.S. Attorney Loretta Lynch took office. He then served as a supervisory Assistant U.S. Attorney in the office’s Criminal Division until his resignation.

Nicknamed “Dangerous Opie” for his resemblance to Ron Howard’s character in “The Andy Griffith Show,” Campbell garnered national attention as interim U.S. Attorney for his office’s work on the 2009 New York subway bombing plot case against Najibullah Zazi. But Attorney General Eric Holder accidentally said “Ben Wagner” was the U.S. Attorney on the case during a news conference at Justice Department headquarters. (Wagner is the U.S. Attorney for the Eastern District of California.)

At the DOJ, Campbell also worked on other high-profile matters, including the Enron case in the 2000s and prosecutions against two Bear Stearns traders, who were acquitted in 2009 of fraud charges.

The former interim U.S. Attorney had been considering a move to the private sector for the last several months. But he told Main Justice that his time at the DOJ was “the single greatest experience of my professional career.”

Attorney General Eric Holder, a native of Queens, praised the new U.S. Attorney for the Eastern District of New York on Monday, saying, “It’s a great comfort to know my hometown is in capable hands,” Newsday reported.

Holder’s comments came during the swearing in ceremony for Brooklyn U.S. Attorney Loretta Lynch. This was the 15th U.S. Attorney investiture that Holder attended.

During her remarks, Lynch said that the law “pushes us to our better selves,” and “when we are confronted with evil that walks the Earth we turn to the law.”

Loretta E. Lynch officially was sworn in as the Brooklyn-based U.S. Attorney in May. But U.S. Attorneys typically have a ceremonial investiture later on, with local, state and federal leaders in attendance.

Lynch previously served as the district’s U.S. Attorney from 1999 to 2001. In 2005 then-New York Attorney General Eliot Spitzer (D) considered her as a running mate for governor, ultimately selecting David Paterson, who succeeded him as governor in 2008 after Spitzer became mired in scandal and resigned.

Holder has graced 14 U.S. Attorney swearing in ceremonies thus far - the most of any AG in modern memory, according to an informal survey conducted by MainJustice.com.

A district attorney vying for New York attorney general was among the applicants considered for the state’s Eastern District U.S. Attorney nomination this year, the City Hall reported Thursday. 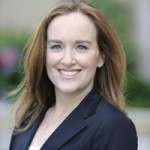 Kathleen Rice, Nassau County, N.Y., district attorney, met with Sen. Charles Schumer (D-N.Y.) and his judicial screening committee in spring 2009. But Loretta Lynch, a former Bill Clinton U.S. Attorney in the Eastern District of New York, got the nod. President Barack Obama nominated Lynch on Jan. 20, and the Senate confirmed her on April 22.

It is unclear why Rice, a former Eastern District of Pennsylvania Assistant U.S. Attorney, did not get the nomination. A Schumer representative and members of his screening panel declined to comment to the publication about why Rice was turned down for the post.

Eric Phillips, a spokesman for the Rice campaign, told the City Hall that they respected the decision to nominate Lynch. He said the decision to pick Lynch was “obviously understandable” because of her experience in the Brooklyn-based U.S. Attorney’s office.

U.S. Attorney Loretta Lynch of the Eastern District of New York made the acting Criminal Division Chief her permanent leader for the section, Newsday reported Thursday.

She tapped Richard Donoghue as Criminal Division Chief this month. Donoghue has served as acting Chief since December.

Colleagues consider Donoghue one of the country’s leading experts on the Mara Salvatrucha, or MS-13 gang. On top of his duties supervising the district’s criminal docket, Donoghue continues to prosecute members of the violent gang and has won cases resulting in long prison sentences against people associated with MS-13.

A former military lawyer and member of the 82nd Airborne based in Fort Bragg, N.C., Donoghue still signs off on his e-mails to his colleagues with the closing: “Airborne!” which is meant as a motivational exhortation. Donoghue received the 2007 Henry L. Stimson Medal, which honors outstanding Assistant U.S. Attorneys in the Eastern and Southern Districts of New York.

He has been at the U.S. Attorney’s office since January 2000. Donoghue was promoted to Deputy Chief of the Criminal Division in March 19, 2007. In a case involving a local politician, Donoghue argued in favor of the use of the “perp walk,” a legal ritual in which defendants are escorted through a public place where they may be photographed or videotaped.

Former prosecutors describe Donoghue, who often stays at the office well into the night to complete his duties as a supervisor and prosecutor, as well-respected, level-headed and popular.

Donoghue also has a hand in the insider trading case against David Brooks, the founder of the a company that was one of the nation’s top supplier of body armor to the U.S. military.

“He may be the hardest working prosecutor there is,” said former Assistant U.S. Attorney Cynthia Monaco, now a shareholder at Anderson Kill & Olick PC.

“Rich is the complete package, he’s a tremendous person, he’s a fantastic manager, he’s just an exemplary trial lawyer,” Campbell said. “If you have the opportunity to watch a closing or a rebuttal from Rich Donoghue it’s worth the price of admission. Rich doesn’t slow down.”

“I’m not really going anywhere yet,” said Campbell, who described the party as an opportunity to thank those in the office for their service and close out his time at U.S. Attorney.

Campbell, who started with the office in 1994, was chosen as interim U.S. Attorney in October 2007 and served until Loretta E. Lynch was sworn in as the Eastern District’s top federal prosecutor on May 3. Since then, he has been a supervisory Assistant U.S. Attorney for the Criminal Section, “pinch hitting” in whatever role he has been needed, he said.

“Whether it’s in the Justice Department or in the private sector, I really don’t know the answer,” Campbell said. “It’s really what I’m wrestling with. I’m considering my options, whatever they may be. So how that ultimately turns out, I don’t really know.”

“I’m kind of surveying the landscape as a whole. It’s not every day you have a moment where you get a chance to catch your breath,” Campbell added.

Campbell said the party in his honor on Thursday — which brought back a number of office alumni who have moved on to the private sector — was “a lot of fun” and “an opportunity to get a little nostalgic.”

“I’ve just been tremendously lucky in the department to get to do some really cool stuff,” Campbell said. “The job lasted a lot longer than I ever had reason to suspect. When I got the job in the first place, I didn’t know if it would last more than four months, and it lasted two and a half years.”

Loretta E. Lynch has been sworn in as the U.S. Attorney for the Eastern District of New York, according to a news release.

Lynch, a former partner at Hogan & Hartson LLP (now Hogan Lovells) who served as the Brooklyn U.S. Attorney from 1999 to 2001, replaced Roslynn R. Mauskopf, who resigned in 2007 after President George W. Bush nominated her to a judgeship in the district. The district’s most recent  interim U.S. Attorney was Benton J. Campbell.

“I’m delighted to be back with you all again,” Lynch said, according to The New York Law Journal. “My goal is to uphold the high standards of this office.”

The Senate Judiciary Committee endorsed a U.S. Attorney nominee for Eastern District of New York by voice vote at its meeting Thursday.

Loretta Lynch’s nomination will be placed on the Senate Executive Calendar, eligible for floor consideration. Lynch was nominated on Jan. 20 to replace interim U.S. Attorney Benton J. Campbell. She is a former U.S. Attorney for the Eastern District of New York, serving from 1999 to 2001, after nine years as an Assistant U.S. Attorney. She is currently a partner at Hogan & Hartson. Read more about her here.

The committee schedule initially showed that the panel would also consider Eastern District of Kentucky U.S. Attorney nominee Kerry Harvey. But he wasn’t listed on the panel’s agenda Thursday. A committee spokeswoman said his initial inclusion on the agenda was an error.

Attorney General Eric Holder on Wednesday called on panel members to move “more expeditiously” on U.S. Attorney nominees. He said the number of would-be U.S. Attorneys stalled in the Senate is “unusual.”

Sen. Jeff Sessions of Alabama, the committee’s ranking Republican, said Wednesday that the panel shouldn’t be faulted for failing to get more U.S. Attorneys through the Senate. He said there is a “lack of nominations” coming out of the White House.