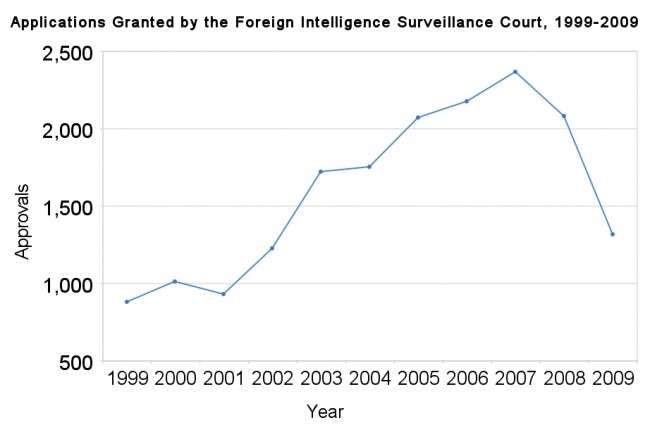 Data provided by Department of Justice

For the second consecutive year, Justice Department applications to search or eavesdrop on suspected terrorists and spies dipped significantly, according to department figures provided to Congress.

The Justice Department sent 1,376 applications — for physical searches, electronic surveillance or some combination of the two — to the Foreign Intelligence Surveillance Court in 2009. That’s a 34 percent drop from 2008, during which the department made 2,082 applications, according to last year’s report to Congress.

In 2009, the spy court granted all but nine applications, and eight out of those nine were withdrawn voluntarily by the government. The court modified another 14 applications.

The court was established in 1978 with the Foreign Intelligence Surveillance Act. In national security investigations, the government must get the court’s approval to monitor phone conversations or e-mail messages of suspected terrorists and spies in the U.S. The law does not apply to surveillance outside the U.S., unless the target is an American.

The 2009 figures represent the second consecutive decrease in warrants approved by the court. In 2007, the spy court approved a record 2,370 warrants, about 12 percent more than in 2008.

A Justice Department official attributed the drop off to the recent changes in the law and cautioned against drawing inferences based on the numbers alone.

“The number of Foreign Intelligence Surveillance Act applications submitted to the Foreign Intelligence Surveillance Court decreased in 2008 and again in 2009 due to significant changes in the legal authorities that govern FISA surveillance — specifically, the enactment of the FISA Amendments Act in 2008 — and shifting operational demands, but the fluctuation in the number of applications does not in any way reflect a change in coverage,” the official said.

In a secret ruling in 2007, a FISA judge found that surveillance of purely foreign communications that pass through a U.S. communications node was illegal without a warrant. The ruling helped fuel the Bush administration’s efforts to amend the law, and several senior law enforcement and intelligence officials testified about the need to update FISA to deal with evolving communication technologies.

“They don’t impact the need for FISAs for U.S. persons,” Moschella, a shareholder at Brownstein Hyatt Farber Schreck LLP, said of the changes.

While FISA requests decreased, requests for wiretaps in criminal investigations, known as Title III applications, climbed in 2009, according to this report by the Administrative Office of the U.S. Courts.

A total of 2,376 federal and state applications for orders authorizing wiretaps was reported, a 26 percent increase over 2008. All were granted.

The 2009 FISA figures were presented in a April 30 letter from Assistant Attorney General Ronald Weich to Congress. The letter is embedded below. 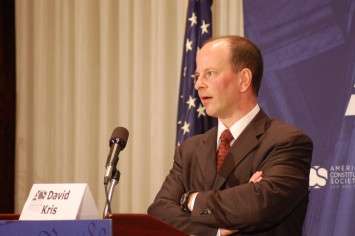 At a conference sponsored by the liberal American Constitution Society, Kris told a few jokes. But he also gave a serious argument: The Department of Justice works better when it has more power.

As the  audience hunched over box lunches, Kris defended the three-year-old division, which was created by a Patriot Act revision in 2006. He praised the post 9/11 tearing down of what had become known as the “wall” between intelligence gathering under the Foreign Intelligence Surveillance Act and criminal prosecution.

The FISA wall “made it harder to identify law enforcement methods,” Kris said. “If law enforcement is off the table and you’re looking elsewhere, you’re going to have to resort to solutions that may not be as appealing from a civil liberties standpoint.”

Before 9/11, the FBI and CIA were often working at cross purposes, Kris said.  ”You’d have these two separate, but equal squads not coordinated. It made it difficult for the government to connect the dots.”

Kris said he’s worked hard to break down barriers among intelligence and law enforcement agencies. After he was sworn in as head of the division in April, Kris said his mantra, repeated in staff meetings, was “synergy!”

Kris said the division provides oversight that should assuage civil liberties concerns.  ”It’s not really a very serious rallying cry, but it does make sense: bring in the lawyers,” Kris said. 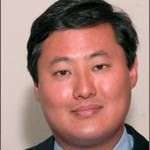 Kenneth C. Bass III, who helped helped write the Foreign Intelligence Surveillance Act when he was at the Justice Department, died of cancer  April 27 at his home in Great Falls. Bass was an appellate lawyer with Sterne, Kessler, Goldstein and Fox since 2002, an adjunct professor at Georgetown University’s law school, and an expert in intellectual property law. Read his Washington Post obituary here. Read his BLT obituary here.