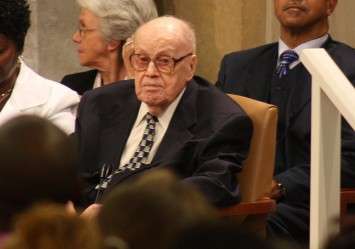 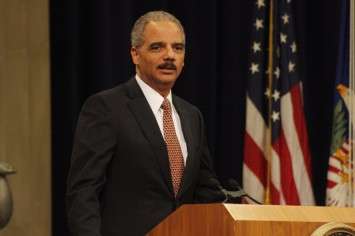 It’s awards season at the Justice Department, and the boss isn’t walking away empty-handed.

Petersen, a legendary career lawyer, presided over the Criminal Division during the Watergate years, protecting its integrity against political forces, and he is credited with mounting the department’s long and successful campaign against organized crime.

The department created the award shortly after Petersen’s death in 1991. Deputy Assistant Attorney General John Keeney, who revered Petersen (and is likewise revered ), was the first to receive the honor in 1992. Other recipients include Associate Deputy Attorney General David Margolis and FBI Director Robert Mueller III.

It’s unusual for a sitting Attorney General to receive kudos from his subordinates — and unprecedented in the history of the Petersen award — but Holder has deep roots in the Criminal Division. He joined the Public Integrity Section from law school, and crisscrossed the country for the next 12 years prosecuting corrupt officials. He also oversaw the Criminal Division as Deputy Attorney General.