Two federal prosecutors are among a long list of names being mentioned as possible candidates to replace retiring Sen. Kent Conrad (D-N.D.).

One of the names being circulated is current North Dakota U.S. Attorney Tim Purdon. Purdon took over the U.S. Attorney’s office Aug. 5, 2010, after working in the private sector at the Vogel Law Firm in Bismarck, N.D. He also has worked at the Bismarck firm of Dickson & Purdon (now Dickson Law Office). The federal prosecutor came under fire during the confirmation process.

Republican critics said President Barack Obama chose Purdon over more-qualified candidates due to his political connections. Purdon — who was on the executive committee of the North Dakota Democratic-NPL Party from February 2006 until his resignation earlier this month — had no prosecutorial experience. Read about his full background here.

Another possible candidate is ex-U.S. Attorney Drew Wrigley. Wright was nominated by President George W. Bush and headed the North Dakota office until Sept. 13, 2009. He resigned to become the vice president of Fargo-based Noridian Administrative Services, which helps businesses with information management and customer service.

Last year, Wrigley was mentioned as a possible candidate to replace retiring Sen. Byron Dorgan (D-N.D.). However, there is speculation he might rather run for governor in 2012.

President Barack Obama has come under fire for his nomination of Tim Purdon for North Dakota U.S. Attorney, with some critics saying the prominent Democrat received the nomination for his party allegiance rather than his experience, Fox News reported Saturday.

Critics say that Purdon was chosen over more-qualified candidates due to his political connections. Purdon — who was on the executive committee of the North Dakota Democratic-NPL Party from February 2006 until his resignation earlier this month — has no prosecutorial experience. Read about his full background here.

Bill Brudvik, who had been a candidate for the job, initially criticized Obama for the nomination of Purdon in an interview with the Fargo Forum, but on Saturday he declined comment to Fox News. “I’ve said way too much,” Brudvik told Fox.

Others who were under consideration for the job were Jasper Schneider, a state representative and Fargo attorney; Janice Morley, an Assistant U.S. Attorney in Fargo; and Rebecca Thiem, an attorney with Zuger Kirmis & Smith in Bismarck.

“Talk about the fox guarding the hen house,” he wrote on his Web site. “Looks like Purdon’s lifetime service to the Democrats — raising mega bucks for big government-loving tax-hiking liberals — is getting rewarded.”

Purdon has the support of his state’s delegation.

“He is well respected and an example of how dedication, education and hard work pay off. He has a distinguished record and has proven his ability to enforce the law with conviction and courage,” Pomeroy added. “We are confident he will make a fine U.S. attorney, upholding the Constitution and protecting all North Dakotans.”

“Tim Purdon is a talented attorney with a distinguished legal record. As has been stated previously, Senator Conrad has complete confidence in Mr. Purdon’s ability to enforce the law and serve the people of North Dakota,” Conrad wrote. 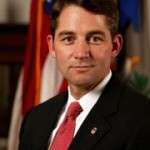 “Without him, there would be no me.” -- Attorney General Eric Holder praises Rev. Fred Shuttlesworth at a memorial service in Alabama for the civil rights leader