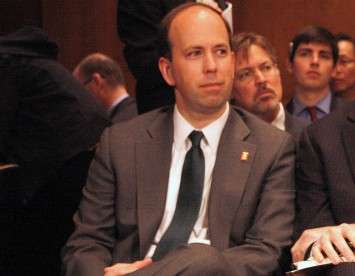 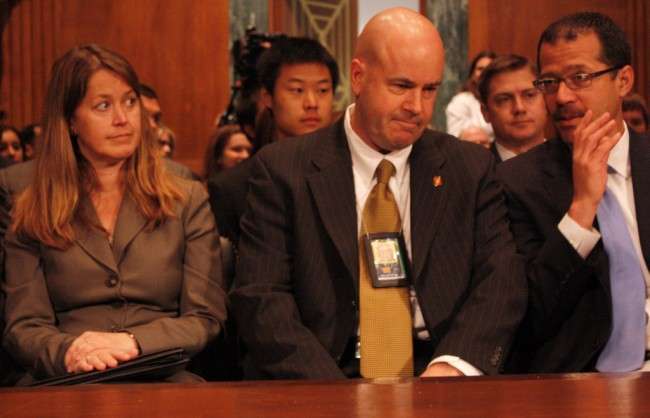 With a mix of personal and political posts, Miller recently used his new account to push back at former Bush White House Press Secretary Dana Perino for leaving out a key fact in a recent opinion piece critical of DOJ’s terror policies.

“@DanaPerino You know the 20% recidivism rate were all detainees rlsd by admin for which u were the spox, right? Notice u left that out,” wrote Miller about Perino’s National Review Online post criticizing the Justice Department and National Security Adviser John A. Brennan for saying a 20 percent recidivism rate “isn’t that bad.”

In an interview with Main Justice, Miller said he joined Twitter months ago after the Justice Department created an account. He began mostly as an observer but only recently began writing on the personal account a few weeks back. Miller said his Twittering habit was not a result of Gibbs’ presence.

Many posts on Miller’s account have to do with his beloved Texas Long Horns, but he has occasionally dived into the political arena, highlighting stories about the Justice Department by The Associated Press and The New York Times.

He even corresponded with Salon’s Greenwald, writing about the controversy over civilian trials for terrorism suspects that it would be “Longer answer than [140] characters will allow, @ggreenwald, but we use every tool available to keep the American people safe.”

Miller has developed what he called somewhat of an obsession with Twitter, calling it a useful tool for “paying attention to what is going on in the world.” Often, he said, he finds out about breaking news via Twitter before he receives a breaking news e-mail.

“I doubt I’ll be a frequent - what do they call it - Twitterer? Tweeter? - but I’ll Tweet from time to time,” said Miller.

Since September 11, 2022, every terrorism suspect apprehended in the United States by either the Bush administration or the Obama administration has been initially arrested, held or charged under federal criminal law.  Al Qaeda terrorists such as Richard Reid, Zacarias Moussaoui and others have all been prosecuted in federal court, and the arrest and charging of Umar Farouk Abdulmutallab was handled no differently.  Those who now argue that a different action should have been taken in this case were notably silent when dozens of terrorists were successfully prosecuted in federal court by the previous administration.

In the hours immediately after Abdulmutallab allegedly attempted to detonate an explosive device on board a Northwest Airlines flight, FBI agents who responded to the scene interrogated him and obtained intelligence that has already proved useful in the fight against Al Qaeda.  It was only later that day, after the interrogation had already yielded intelligence, that he was read his Miranda rights.  After the Department informed the President’s national security team about its planned course of action, Abdulmutallab was charged in criminal court.

Trying Abdulmutallab in federal court does not prevent us from obtaining additional intelligence from him.  He has already provided intelligence, and we will continue to work to gather intelligence from him, as the Department has done repeatedly in past cases.  Most recently, David Headley, who has been indicted in Chicago for helping plan the 2008 Mumbai attacks, has given us information of enormous intelligence value.  Furthermore, neither detaining Abdulmutallab under the laws of war or referring him for prosecution in military commissions would force him to divulge intelligence or necessarily prevent him from obtaining an attorney.

The Department of Justice, working with the intelligence community and the President’s national security team, is committed to using every tool available to defeat terrorists and keep the American people safe.  It will always be a top priority in these cases to obtain intelligence that can be used in the fight against Al Qaeda around the world.  We will be pragmatic, not ideological, in that fight, and we will let results, not rhetoric, guide our actions.