Last week, it was announced that U.S. District Court Judge Larry A. Burns of the Southern District of California, a former federal prosecutor, will preside over the case. Among the dead in the shooting rampage was U.S. District Judge John M. Roll, chief of the Arizona federal courts.

As previously reported, U.S. District Judge Raner Collins ruled that federal judges assigned to Arizona’s Tucson division must recuse themselves from presiding over the case because ethics rules require judges to avoid the appearance of impropriety.

Burke’s office said in a statement that prosecutors would fight to keep the case in the state if defense attorneys seek to have it moved. He also denied reports that federal officials planned to move the case to San Diego.

“For good reason, federal law dictates these offenses be tried in this district,” a Burke spokesman said in the statement. The Republic reported that a Justice Department spokesman echoed the commitment to keep the trial in Arizona.

Six people died in the shooting rampage at an constituent event in a supermarket parking lot being held by Rep. Gabrielle Giffords (D-N.M.), who was severely wounded with a gunshot to the head.

U.S. District Court Judge Larry A. Burns of the Southern District of California, a former federal prosecutor, will preside over the case of Jared Lee Loughner, the suspect in Saturday’s shooting rampage, the Arizona Republic reported.

As previously reported, U.S. District Judge Raner Collins ruled  that federal judges assigned to Arizona’s Tucson division must recuse themselves from presiding over the case because of ethics rules that require judges to avoid the appearance of impropriety.

Burns was appointed to oversee the case by Chief Judge Alex Kozinski of the U.S. Court of Appeals for the 9th Circuit, which oversees the Arizona District Courts.

It has yet to be determined whether federal prosecutors in Arizona will be allowed to handle the case, or whether the case will be transferred to another district, most likely the Southern District of California.

Attorney General Eric Holder is scheduled to attend the ceremonial investiture for the Southern District of California U.S. Attorney on Thursday, according to a spokesman for the U.S. Attorney.

Laura Duffy officially took over the reins of the San Diego-based U.S. Attorney’s office in June. But U.S. Attorneys often have a ceremonial investiture later on, with local, state and federal leaders in attendance.

Holder has attended a dozen U.S. Attorney swearing in ceremonies so far.

Some U.S. Border Patrol agents told the voiceofsandiego.org in a report Monday that they are still upset about how the new Southern District of California U.S. Attorney handled the prosecution of a 16-year-old convicted of murdering one of their colleagues.

The law enforcement officials told the news website they were unsatisfied with the 40-year sentence Mexican national Christian Daniel Castro-Alvarez received in April for his role in the murder of border agent Robert Rosas. The teenager faced a life sentence in the case handled by Southern District of California U.S. Attorney Laura Duffy.

“It’s just demoralizing for our agents,” Shawn Moran, vice president of the the agents’ union, National Border Patrol Council, told voiceofsandiego.org.  “We’ve always known we’re at the bottom of the pecking order. We can’t get an assault charge to save our lives when we are assaulted, but we thought if one of us is murdered, that no deals would be cut. You just don’t cut deals with people like this.”

The news website said it isn’t certain why Castro received a 40-year-sentence. Duffy declined to comment on the matter to voiceofsandiego.org in her first interview since becoming U.S. Attorney last month.

But Duffy, a 16-year veteran of the San Diego-based U.S. Attorney’s office, has support from other law enforcement officials, including the acting Border Patrol deputy chief of the San Diego sector.

“U.S. Attorney Laura Duffy is a top-notch prosecutor who is tuned in to border issues,” Rodney Scott, the acting deputy chief, told the news website. “She has been a good friend of the Border Patrol for many years and we look forward to working with her.”

Duffy told voiceofsandiego.org that combating border crime and national security issues are  her top priorities. But the prosecutor said she will also focus on efforts to fight financial fraud.

The U.S. Attorney, who is openly gay, said she hopes her tenure as U.S. Attorney will be known for her work and not just her sexual orientation.

“I am honored that people would follow and celebrate the successes of my career, and I take to heart even the possibility that my being open about my orientation may lessen the stigma or apparent limitations even one individual feels,” Duffy told the news website. “It is my sincerest hope, that in the days and months to come, the thing that I become most known and celebrated for is the quality of my leadership and the continued good work of this office.”

Hewitt, who started at the Justice Department in 1992, will officially leave the DOJ on June 11. She will join the firm’s trial practice.

“Karen is a widely respected attorney and has an impressive record of accomplishments as the top federal law enforcement attorney here in San Diego,” Anthony M. Insogna, partner-in-charge of Jones Day’s San Diego office, said in a statement. “Now that she has decided to move into private practice, we’re pleased that she has selected Jones Day as the law firm where she will build the next phase of her career. Our clients in California and throughout the country as a whole will greatly benefit from Karen’s government experience, her strong local ties in the community, and her intimate knowledge of federal law.”

The prosecutor worked in the Civil Division Constitutional and Specialized Torts Section at the DOJ headquarters in D.C. before moving to San Diego in 2000.

Please send news of moves, promotions and honors to personnelchanges@mainjustice.com.

Hewitt, who had headed the office since U.S. Attorney Carol Lam was fired in the 2006 U.S. Attorney purge, will officially resign June 11, the newspaper reported. She plans to enter private practice in San Diego beginning in August.

San Diego’s U.S. District Attorney Karen Hewitt has stepped down as top prosecutor for the Southern District of California, and her replacement, Laura Duffy, has assumed the post, the San Diego U.S. Attorney’s office announced Wednesday.

Duffy, an assistant U.S. attorney in San Diego, was nominated for the post by President Barack Obama. Best known for successfully prosecuting members of the Tijuana-based Arellano Felix drug cartel, she serves as the office’s deputy chief of the general crimes section and was a former member of its narcotics unit.

Karen Hewitt has headed the San Diego office as an interim U.S. attorney since her predecessor, Carol Lam, was removed by the Bush administration in 2006. The office covers San Diego and Imperial counties.

She will officially resign from the office June 11 and begin work in private practice in San Diego beginning in August.

The San Diego federal court serves more than 3.2 million people in San Diego and Imperial counties. It is the third busiest federal court in the U.S., last year prosecuting more than 4,800 felony cases, an all-time high the district, according to the office.

The Senate has now confirmed 51 of President Barack Obama’s U.S. Attorney nominees. The chamber has yet to consider another 16 would-be U.S. Attorneys who are waiting for votes in the Senate Judiciary Committee.

UPDATE: On her Office of Government Ethics financial disclosure Duffy reported receiving a $23,637.50 distribution in 2009-2010 from Gila Rut, an Aveda salon in Chula Vista, Calif., which she has a 45 percent ownership stake in. She also reported earning $35,400 from nine speaking engagements at the Aveda Business College Seminar.

President Barack Obama’s nominee to lead the U.S. Attorney’s office for the Southern District of California would be the second lesbian U.S. Attorney of his administration if she’s confirmed, the D.C. Agenda reported last week.

Southern District of California U.S. Attorney nominee Laura Duffy, who was tapped on Feb. 24, is openly gay, according to the newspaper for the lesbian, gay, bisexual and transgender community.

“The nomination of Duffy, who is an out lesbian, to serve as a U.S. Attorney is significant for the LGBT community and demonstrates the Obama Administration’s dedication to promoting qualified and diverse candidates, judging them on their professional accomplishments,” Ty Cobb, legislative counsel for the gay rights group, Human Rights Campaign, wrote in a blog posting Monday.

Obama’s nomination of two openly gay U.S. attorneys stands in direct contrast to the Bush administration, where the DOJ’s Inspector General found that aides to Attorney General Alberto Gonzales improperly considered sexual orientation as a criteria in making decisions for hiring and promotions. In 2006, Leslie Hagen, an attorney in the DOJ’s Executive Office of U.S. Attorneys, found herself out of a job after Monica Goodling, a Gonzales aide, discovered Hagen was a lesbian. That same year, Margaret Chiara, the U.S. attorney in the Western District of Michigan, was let go in the mass firings of nine U.S. attorneys. The Inspector General’s report later found that Chiara may have been selected for dismissal in part based on an erroneous rumor that she was in a relationship with Hagen.

Hagen was later re-hired by the DOJ.

Duffy has served as an Assistant U.S. Attorney in the Southern District since 1997. She would replace interim U.S. Attorney Karen P. Hewitt, who has led the San Diego-based office since Carol Lam was forced out during the 2006 U.S. Attorney firings.

Read more about the nominee here.

-Alicia Limtiaco (Guam and the Northern Mariana Islands): The Guam attorney general would replace U.S. Attorney Leonardo Rapadas, who has led the territories’ offices since 2003. Read more about her here. 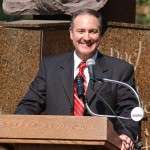 -John B. Stevens Jr. (Eastern District of Texas): The Jefferson County, Texas, judge would succeed Rebecca Gregory, who resigned last May. Stevens and a U.S. Attorney finalist for the Western District of Texas are the only candidates for the state’s four U.S. Attorney posts who received the backing of the Texas House Democrats and the state’s Republican senators in a tense battle over recommendations. Read more about Stevens here.