Stallings worked as a prosecutor from 2001 to 2008 in the U.S. Attorney offices in Pittsburgh and Miami. His prosecutions focused on white collar crime and public corruption.

Burns White LLC’s main office is in Pittsburgh. The firm also has offices elsewhere in Pennsylvania as well as in Ohio, New Jersey, Delaware and West Virginia.

Dexter Lehtinen, who led the Miami-based U.S. Attorney’s office from 1988 to 1992, will handle environmental and white-collar crime cases as a partner at the law firm. He is married to Rep. Ileana Ros-Lehtinen (R-Fla.)

Full release after the jump. — AR

END_OF_DOCUMENT_TOKEN_TO_BE_REPLACED

With all precincts reporting, Republican Marty Jackley, who was South Dakota U.S. Attorney from 2006 to 2009, stayed on as his state’s attorney general with 67 percent of the vote. His challenger, Democrat Ron Volesky, a former state senator, received 33 percent of the vote.

Jackley resigned as U.S. Attorney in September 2009, when South Dakota Gov. Mike Rounds (R) appointed him to serve out the remainder of former Attorney General Larry Long’s term. Rounds had tapped Long for a state judgeship. 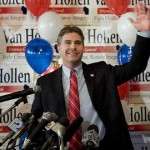 With 97 percent of precincts reporting, Republican J.B. Van Hollen, who was the U.S. Attorney for the Eastern District of Wisconsin from 2002 to 2006, was reelected as his state’s attorney general with 58 percent of the vote. His opponent, Democrat Scott Hassett, the former state Department of Natural Resources Secretary, received 42 percent of the vote.

Van Hollen won his first election for attorney general in 2006, after stepping down as U.S. Attorney.

Although the Associated Press and Denver Post have not yet called the race for Attorney General in Colorado, Republican John Suthers appears poised to win reelection. 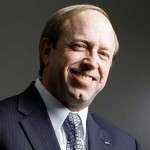 With 86 percent of precincts reporting, Suthers, who was Colorado U.S. Attorney from 2001 to 2005, secured roughly 57 percent of the vote. His challenger, Democrat Stan Garnett, the district attorney in Boulder County, received 43 percent of ballots cast.

In the Florida race, Gelber, who was a Southern District of Florida Assistant U.S. Attorney from 1986 to 1994, received 41 percent of the vote with 98 percent of precincts reporting. His opponent, Republican Pam Bondi, a former state prosecutor, won 55 percent of the vote.

Former U.S. Attorney Lenny Rapadas of Guam also won his territory’s Attorney General election. He led the U.S. Attorney’s offices in Guam and the Northern Mariana Islands from 2003 until earlier this year.

The mailbox of a Southern District of Florida Assistant U.S. Attorney was set ablaze Sunday, the Palm Beach Post reported.

No one was injured or evacuated in the gated Palm Beach Gardens, Fla., community, where the unidentified, senior prosecutor lives. The U.S. Postal Service, FBI and Bureau of Alcohol, Tobacco, Firearms and Explosives are investigating the fire, which was set off by a firework.

“It looks more like malicious mischief at this time,” ATF spokesman Carlos Baixauli told the newspaper. “We don’t know if the people knew she was a U.S. Attorney, or if it was somebody having fun trying to blow up a mailbox. Right now we have nothing to believe it was intended for her.”

Holder has now attended 11 U.S. Attorney investitures. He also was on hand in Miami earlier on Friday to announce the largest-ever health care enforcement action.

Ferrer succeeds R. Alexander Acosta, as the Senate-confirmed U.S. Attorney for the district. Acosta stepped down as U.S. Attorney last summer. Ferrer officially took office in May, a couple weeks after the Senate confirmed him.

The U.S. Attorney was deputy chief of staff to then-Attorney General Reno and later served as an assistant Dade County, Fla., attorney.

The new U.S. Attorney for the Southern District of Florida said he isn’t happy about the reputation the area has received from the health care and mortgage fraudsters who have plagued the region, The Miami Herald reported Wednesday.

U.S. Attorney Wifredo Ferrer, a former county prosecutor, said he will be “firm and fair” in fighting crime. He also said he will also work to prevent crime by strengthening relationships with the community and local law enforcement.

“When it comes to South Florida, the mosaic of crime is very complex and challenging,” Ferrer told the newspaper. “It’s embarrassing that in some circles we’re known as the fraud capital.”

A former federal prosecutor is looking to become the state’s top lawyer.

Dan Gelber filed paperwork with the Florida state board of election to seek the Democratic nomination for Attorney General. The current state Attorney General Bill McCollum (R) is a candidate for governor in the November elections.

Gelber currently is a member of the state Senate. Gelber was one of the nation’s youngest federal prosecutors when he joined the U.S. Attorney’s office in the Southern District of Florida at the age of 25. During his nearly 10 years in the office, he prosecuted cases on public corruption, civil rights and narcotics. Gelber has been endorsed by former Attorney General Janet Reno.

Gelber was initially planning on running for U.S. Senate but opted instead for the state attorney general race. The other Democrat in the race is state Sen. Dave Aronberg. 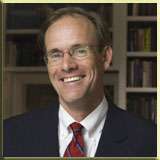 - William Nettles (South Carolina): The attorney at the Columbia, S.C., law firm of Sanders & Nettles LLC would succeed W. Walter Wilkins III, who resigned as U.S. Attorney earlier this month. Nettles was tapped on Dec. 22. Read more about him here.

The panel has now approved 38 U.S. Attorney nominees, 36 of whom have already won Senate confirmation. The committee has yet to schedule votes for another 18 would-be U.S. Attorneys.

The Senate Judiciary Committee is slated to vote on two U.S. Attorney nominees at its meeting next Thursday.

The panel has approved 36 U.S. Attorney nominees, all of whom have already won Senate confirmation. The committee has yet to schedule votes for another 18 would-be U.S. Attorneys.

Wifredo Ferrer (University of Miami, University of Pennsylvania Law School) is nominated to be U.S. Attorney for the Southern District of Florida. He would replace R. Alexander Acosta, who became the dean of Miami’s Florida International University Law School on July 1, 2009. The district’s current acting U.S. Attorney is Jeffrey H. Sloman.