A year after a major public corruption sting in New Jersey, Justice Department investigators have determined that public comments made by New Jersey’s former acting U.S. Attorney did not violate DOJ regulations, the Star-Ledger reported. 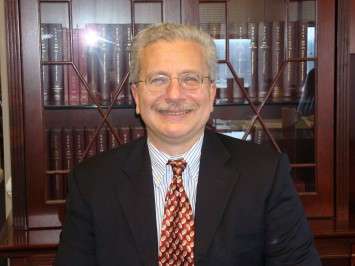 The department’s internal ethics probe centered on remarks in a news conference made by Ralph Marra Jr., as well as the former head of the FBI’s Newark Division, Weysan Dun. Democrats claimed the two unfairly politicized the sting to help the political chances of Marra’s ex-boss,  Chris Christie, the former N.J.  U.S. Attorney who successfully ran for governor last year.

The Justice Department’s Office of Professional Responsibility issued a letter last week, which was obtained by the Star-Ledger, clearing Marra and Dun of any wrongdoing in the wake of the high-profile corruption case.

“Based upon the results of our investigation, we concluded that you did not violate any professional obligation and thus did not commit professional misconduct or exercise poor judgment in this matter,” wrote Mary Patrice Brown, the office’s acting head.

The comments in question were made at a July 2009 news conference announcing the arrests of 44 people — 29 of which were public officials — in a far-reaching federal corruption probe.

In response to questions about state corruption, Marra said: “There are easily reforms that could be made within this state that would make our job easier, or even take some of the load off our job. There are too many people that profit off the system the way it is and so they have no incentive to change it. The few people that want to change it seem to get shouted down. So how long that cycle’s going to continue I just don’t know.”

Department guidelines restrict prosecutors from making “extrajudicial comments” that may have the effect of “heightening public condemnation of the accused.” In addition, critics argued the remarks implicitly endorsed Christie.

Corruption became a central issue in New Jersey, and Christie, the state’s former U.S. Attorney, leveraged his law-and-order background in the aftermath of the sting. His campaign vowed to clean up corruption, and he later associated Corzine with the sting despite the fact that the then-governor was not implicated in the case and had announced proposals for ethics reform.

Former Democratic assemblyman Louis Manzo, who was netted in the sting, also accused the FBI and federal prosecutors of choreographing the operation to propel Christie into office.

Upon winning the race, rumors surfaced that Christie would nominate Marra to be the state’s next Attorney General — an appointed position in New Jersey.

In fact, Christie nominated Marra for his current position as senior vice president for legal and governmental affairs at the state’s Sports and Exposition Authority — with a reported paycheck of $195,000.

Nine other former colleagues have also been bumped into the Christie administration since he became governor, including:

Michael Drewniak, a spokesman for Christie, said the ethics allegations were “ridiculous.” Instead, he pointed to the question of who leaked word of the internal probe to the press last August.

“Ralph Marra was a professional, highly regarded federal prosecutor for more than 20 years,” Drewniak told The Associated Press on Sunday. “More offensive was that the allegations — now shown to be patently false — were leaked by officials in the Justice Department itself. To our minds, that raised much more serious questions about politicization of an important and successful criminal investigation.”