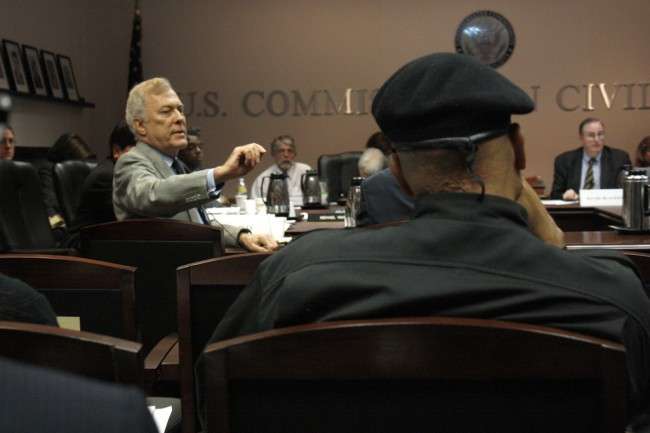 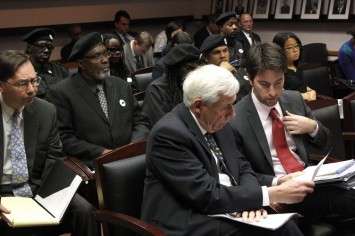 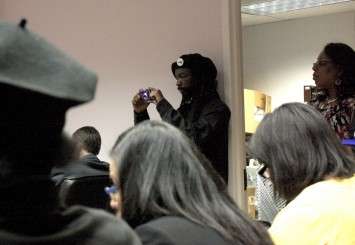 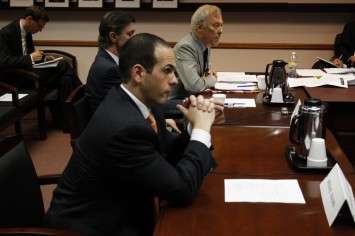 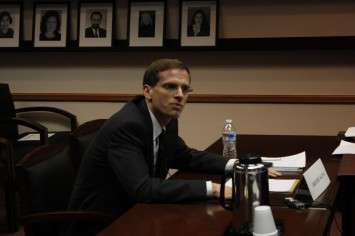 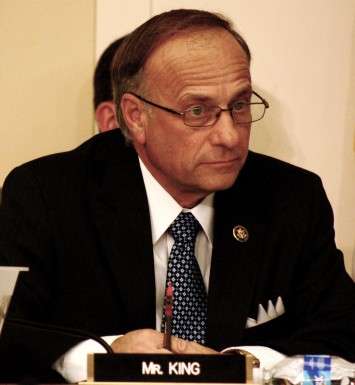 In its lead editorial on Sunday, The Washington Times asked if “President Obama’s legal team is imploding due to a voter intimidation case involving the New Black Panther Party.”

The editorial from the conservative-leaning newspaper comes as House Republicans are working to keep alive  a controversy regarding the Justice Department’s handling of the case against members of the New Black Panther Party.

Members of the black separatist group stood outside a Philadelphia polling place last November in military-style fatigues. The government filed a civil lawsuit against several members of the organization in the waning days of the Bush administration.

During the early months of the new administration, career attorneys temporarily appointed by President Obama to leadership roles determined that just one case, against a defendant holding a nightstick, was sustainable and obtained an injunction against him. The other charges were dropped, and conservatives argued that those appointees were driven by political motivations.

“Holder and them have done a terrible job on this,” Rep. Frank Wolf (R-Va.) told The Washington Times. “This has just been handled so poorly. … You can’t hide these things. There is something wrong here. There is something very wrong. When it all comes out, I think it will be very bad.”

A Justice Department spokesperson Monday declined to comment to Main Justice on the Washington Times editorial. On Friday, the chairman of the New Black Panther Party told The Associated Press that the now-dismissed civil lawsuit filed by the Justice Department against his organization had no merit because the party does not condone voter intimidation.

On Thursday, Republican members of the House Judiciary Committee pressed Civil Rights Division chief Tom Perez on the Justice Department’s handling of the case against the New Black Panther Party during his testimony before the panel’s Constitution, Civil Rights and Civil Liberties Subcommittee on a wide range of civil rights matters.

Perez was well prepared for the line of questioning, telling the subcommittee that the decision to drop the case was made by two career attorneys with more than 60 years of combined experience who concluded that the charges against two out of three defendants named in the original court filing charged were unsustainable. DOJ obtained an injunction against against the member of the New Black Panther Party who was holding a nightstick, which Perez said was the maximum penalty allowed under Section 11(b) the Voting Rights Act.

After being asked several times, Perez said he was amongst the millions who have seen the video either online or on television. He reminded the lawmakers that the department’s Office of Professional Responsibility is reviewing the matter and said he was looking forward to the report.

Rep. Steve King (R-Iowa), meanwhile, claimed that Perez had lied to the subcommittee during a heated exchange with Rep. Louie Gohmert (R-Texas) over the handling of the case. Perez said the injunction was the maximum penalty possible under Section 11(b). That is true,  agreed former Acting Assistant Attorney General for the Civil Rights Division Grace Chung Becker, but King and other subcommittee Republicans  argued that the injunction could have been broader and not just limited to Philadelphia, for four years, as the current injunction entails.

“I’m going to make this position, Mr. Chairman, I do not believe Mr. Perez was truthful with this panel, and I believe the question comes up as to whether we need to look into the penalty for being dishonest with this committee,” said King.

At that point, subcommittee Chairman Jerrold Nadler (D-N.Y.) gaveled King to order, saying that King was approaching or may have exceeded the rules of the House. After the hearing had adjourned, King told a staff member to get a clip of the exchange between Perez and Gohmert along with the written record of his testimony and make it “his Achilles heel.”

“I sat down and have been briefed on this case, and I can tell you that this case is the clear cut open and shut case of voter intimidation in the history of the United States of America,” King told Main Justice last Tuesday, a point he reiterated during the hearing. “That is no stretch, there’s nothing that even comes close, and the investigators will tell you that if they have a candid moment.”

Speaking further about the unnamed attorneys he’s spoken with, King told Main Justice that he’s “had very informed conversations with people that are very close to the case, and I’ve got to be cautious about the people I name.”

Video of a heated exchange is embedded below.

This article has been updated to note that the federal government filed a civil suit, not federal charges, against members of the New Black Panther Party.